Okay, here were are…the last post about our trip. I will try and keep it brief because really, at this point, three parts seem ridiculous and we are running into the New Year and all that.

Christchurch: After our really active first week, we headed to Christchurch near the east coast of the South. We were not prepared for how bleak the city still is after being devastated by earthquakes in 2010/2011. Everywhere you turn, there are empty lots from torn down buildings or new construction sites. They basically have to start from scratch as 70% of the city has to be rebuilt. We were fortunate enough to find some cool bars/restaurants amidst the rubble but this place needs more hipsters and they need them now (of course after there are buildings to occupy). 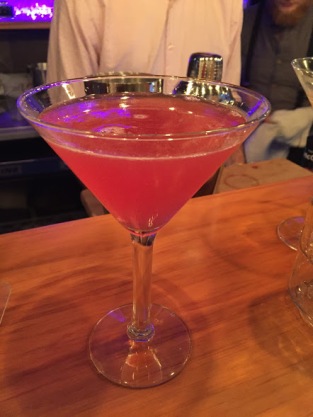 Ridin’ Nerdy: On our second day there, and the main reason we opted to spend time in Christchurch, was to do the Lord of the Rings Edoras tour with Hassle Free Tours. If you saw the second film, The Two Towers, then you know Edoras. It’s the city where Theoden, king of Rohan, resided before they had to move everyone to Helm’s Deep as Saruman and his army of Uruk Hai approached. Too much??

There are many LOTR tours in NZ but they didn’t have to do a lot of CGI editing to the scenes filmed here, so you don’t have to use your imagination to feel like you are in the movie. Minimal effort? Count me in.

We rode in this four-wheeler safari truck out to Mount Sunday, located in a remote area a few hours outside of Christchurch. The drive is really nice and the guides give you props to play with allowing for maximum nerding-outage.

While this was all very fun, my favorite part of the tour was that the guide actually worked on the movies. He did all of the sound recording and even won an Oscar for the third one. He had some excellent trivia about the movie and Peter Jackson, none of which I can remember now because I waited so freakin long to write this blog.

That ax was heavier than it looks

What a weird lil hobbit…

Poor dear couldn’t be mean if he tried…

About to cross a river… 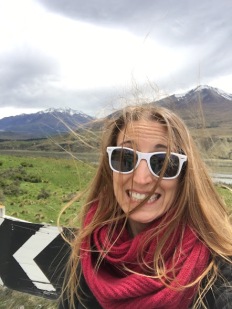 Kaikoura: We bid Christchurch adieu and made our way to our final destination, Nelson, by way of Kaikoura. Unfortunately, the earthquake that hit literally the day we left destroyed the road to Kaikoura, which is awful because it is one of the most stunning coastal drives I have ever done. The town itself is home to some cool activities like whale watching and swimming with dolphins but they were all booked by the time I had even heard of this place, which was fine. We pulled over to the side of the road so many times to take pictures, I don’t think we had time for anything else. 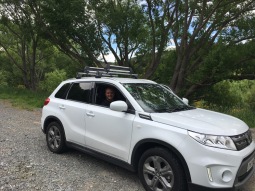 Our sweet ride through the south island

The drive to Kaikoura 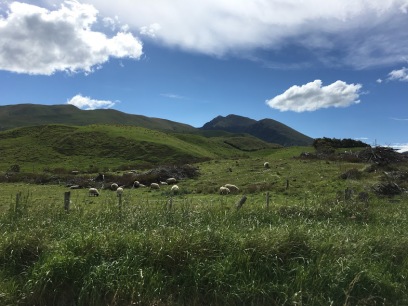 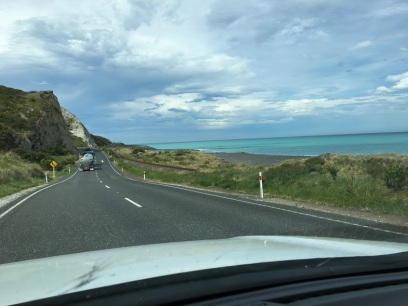 This road got washed away in the earthquake…travesty. 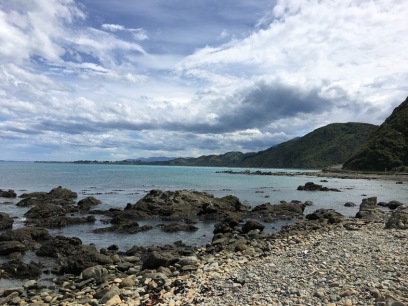 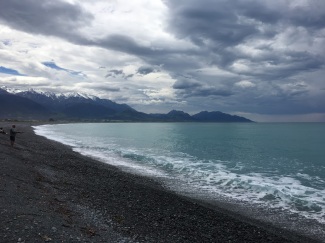 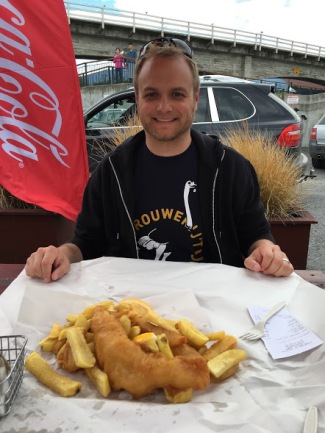 Abel Tasman Park: The next morning, we had a hike/kayak excursion booked at Abel Tasman park and, of course, we woke up that morning and it was pouring… perfect kayaking weather right? The hike ended up being quite lovely (even in the rain) but this was the first time Jer and I have ever kayaked and it will probably be the last. This is basically how it went…

Me: (points to the right where our group is heading) honey, we need to steer to the right so that we can be near the group.
Boat starts going left
Me: honey, we need to go right…over there (points again)
Boat goes even more left
Me: Jerry, use your right foot and paddle with your left arm like me.
Boat doesnt move
Me: your other left…
Finally starts going in right direction
(Repeat scenario 37 times)

Jer: Why arent you paddling?? Why am i doing all the work?
Me: Because you weren’t paddling!! I can’t haul us both down the coast
Jer: You aren’t doing anything! Paddle!
Me: Your mom paddles!

By the end of it, both of us didn’t care about how beautiful it was out there. We just wanted to get out of the water and lay down.

Stopped raining just in time to get in the kayak

In happier times during the hike…

They use tractors to put the boats in the water… 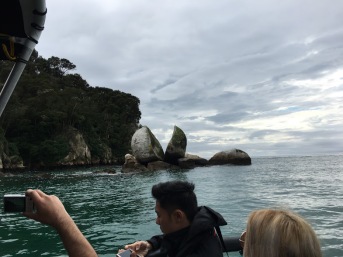 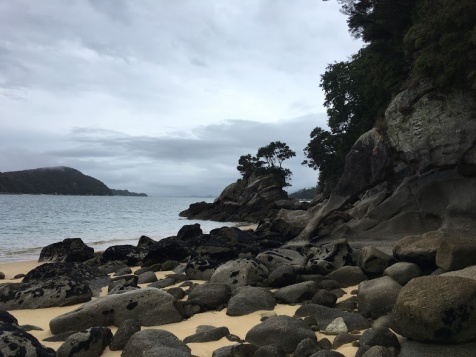 The start of our hike…

Wine, Brews, and Views: We spent the last day of the trip in the same way we started, with a craft beer and wine tour, which should just be called ‘The best of both worlds with a cool guy named Owen’ tour. Owen was our guide and while he was terrific, the other people on the tour were even better. This is not always the case. For example, in Florence, we had people on our tour to Chianti who didn’t like wine and got sick in vans (yeah I don’t get it either). But on this one, we really lucked out and had a blast hanging out with our fellow tour-mates and even ended up doing a mini bar crawl when we got back. It was the perfect end to a perfect vacation.

On many trips, we have been ready to go home by the end – but not this one. It’s not that we didn’t want to come back to Munich, we just didn’t want to leave this amazing place. It is worth every second of the crazy long flight to get there.

Until next time (and there will be a next time), NZ… cheers.