Warning: If you are offended by curse words, this post is not for you as it’s utterly unfiltered.

I have had some really bad insomnia over the past few weeks where I wake up somewhere between 1:30-3am and cannot go back to sleep. Every.single.goddamn.night. I’m not really stressed about anything so I don’t know what the problem is but seeing as I have all this extra time, I end up doing a lot of thinking. I would like to be more productive but I try my best to not wake the other two beasts living in my house. I’m not a total monster you guys.

This moment happened back in 2005. During this time, I was living in Northern Virginia by myself and working as a sales manager for Marriott. It was a fine first job out of college and at the time, I was lucky to have a job at all. But as it was not what I wanted to do by any means, I would spend my downtime looking for other jobs, mostly in the MD/DC/VA area. Then one day, I decided to expand the search to the rest of the country because really, why not? I didn’t have any intention of leaving my family and friends but it didn’t hurt to see what other companies were out there.

Well luck would have it that I found a company in LA who was willing to talk to me. They flew me out for a full day of interviews and I was only home for less than a day before they called saying that they were willing to take a chance on me. Holy shitballs. I had only been to LA for a matter of hours and now I was faced with the decision of leaving a happy, comfortable life for the unknown. Would I like living there? Would I make friends? Would I fit in? How was I going to get out there? Who was I going to live with?  So.many.questions.

The night I got the job offer, I went to my dads house for advice. My mom is wonderful but I knew which side of the coin she fell on without even having to ask. Dad was really into Stephen Covey and his 7 Habits of Highly Successful People so he and I sat down and mapped out the pros of staying (my friends, close to family, etc) versus going (new opportunity but expensive, no friends, etc). When we were done, the list of benefits of staying in DC greatly outweighed the ones of leaving. We circled “stay in DC” and that seemed to resolve the issue.

Then my dad sat back a little and said four words I’ll never forget… “Fuck it. Just go.”

And so I went. In four weeks, I quit my job, found someone to take over my lease in Virginia, found a new roommate and apartment in LA via Craigslist (site unseen), shipped my car, packed up two suitcases, said a bunch of tearful goodbyes, and flew to LA where I didn’t know a single soul.

Was it scary? Terrifying. Was it lonely? Yes, at least at the beginning. Was it the best decision I ever made? Absolutely.  I racked up a bunch of debt, drank too much, and made a lot of stupid stupid stupid mistakes. I also made a ton of new friends, lived at the beach, and got to experience so many things I never would have otherwise.

But I think the point that my insomniac brain wants to make is this… you can rationalize the hell out of certain decisions and turning points of your life. And every logical thing could direct you to make one decision, often the safe one. But, sometimes you need to throw those 7 habits out the window and say fuck it and go. 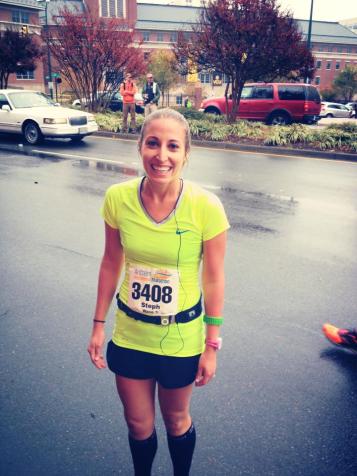 As someone who grew up hating running, this was a big deal. 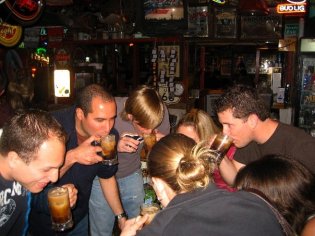 Blessedly one of the few remaining pictures I’m tagged in from my time in LA…luckily it sums it up quite nicely. 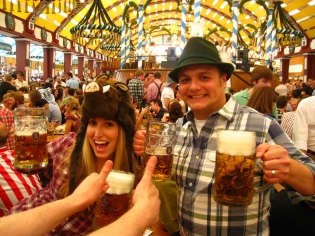 Festy Foutzes on our first venture to Munich before the dream of living here was ever on the radar. 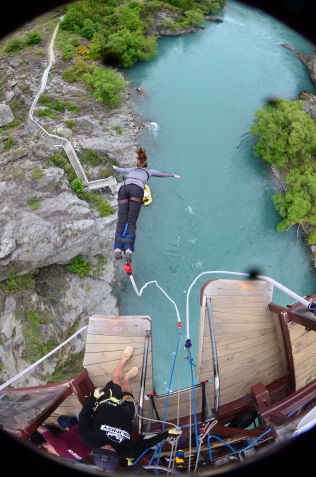 Fitness Is A Journey™

How Far From Home